I have three children, and I admit, I like to go a little overboard for their birthdays.  I like throwing parties, celebrating and making them feel special on their special day. We’ve made lots of fun memories during these celebrations, but do some families take parties a little far?

A father from Australia recently spent $50,000 on a birthday party for his daughter Lauren’s third birthday; one she probably won’t even remember.

Eric Lembo runs a reception venue in Perth, Australia. Being that it’s his profession, he knows how to throw a party! He decided to use his talents to make his daughter’s birthday memorable for every guest. The event was Disney-themed complete with a live performance from Australian Idol contestant Courtney Murphy, a fairyfloss station, a balloon artist, a photo booth and a high tea. 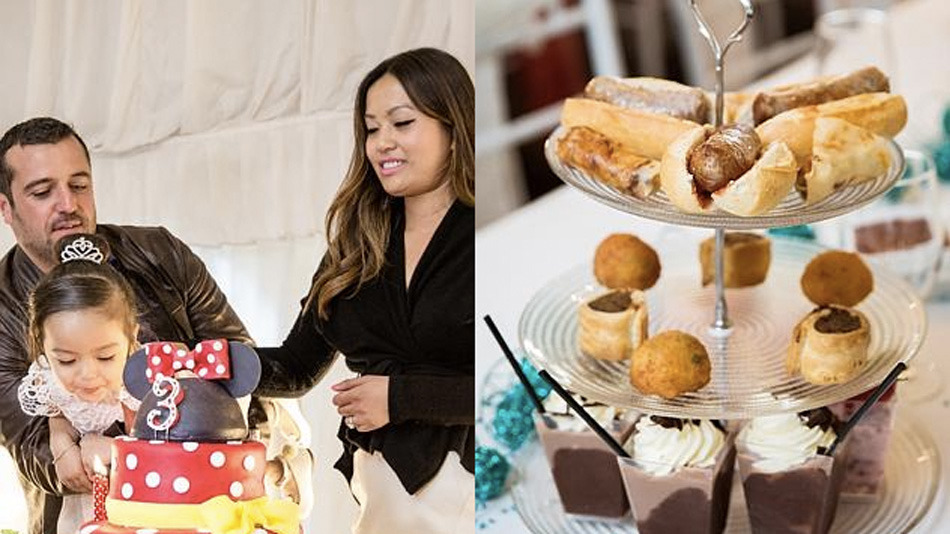 The party also catered to the 170 adult guests which included a menu of scallops, truffle arancini, pork belly and oysters. To top it off, the guests washed it down with Remy Martin XO Cognac.

Lembo doesn’t regret it, or think it’s over the top. He told Perth Now, “The Italian and the Vietnamese cultures have a large first birthday so we decided to do it for her second and third birthday as well. It’s my industry, so if anyone can throw an impressive party it will be me. If I was a builder and I had to build houses, I’m pretty sure my house would be impressive, too.”

What are your thoughts?  Do you think some parties are more for showing off to peers than about the child?