Having two teenage daughters in high school, there is no shortage of drama at our house! My girls are full of stories of peer pressure, bullying, and all the other normal (but emotionally draining) experiences that come with on again/off again friendships. One day they have a best friend of 3 years, and the next week they don’t. High school is full of friendship changes and feelings of belonging and then suddenly not belonging. And “belonging” at any stage of life is an important need, so for a teen who suddenly doesn’t have anyone to sit with at lunch, it can feel like a very lonely and isolating existence. Thankfully technology is catching up with this reality, and a teenager herself created a new app called “Sit With Us”. Her goal is to end those feelings of isolation and loneliness by helping teens find other teens who are willing to hang out with them and be their friend. It’s an amazing tool that will hopefully help so many youth feel like they have someone they can go to when they are feeling lonely or excluded.

The creator of the “Sit With Us” App is 16-year-old Natalie Hampton from Sherman Oaks, California. The app launched on September 9, and she says she was inspired to create it after she ate alone her entire seventh grade year, she told LA Daily News. The experience left Hampton feeling humiliated and vulnerable and also made her a target for bullying.

Hampton is now a junior, and thriving socially at a new school, however the memories of having to sit alone and being bullied as a consequence still haunt her, and she knows many other students face this battle on a daily basis.

“Hampton told Audie Cornish on NPR’s “All Things Considered” that the reason why she felt an app like this was necessary is because it prevents kids from being publicly rejected and being considered social outcasts by their peers.”

It’s a private app managed through a phone, so no one needs to know. There is also a sense of relief for the user knowing that once they get to the lunch table they won’t be rejected. 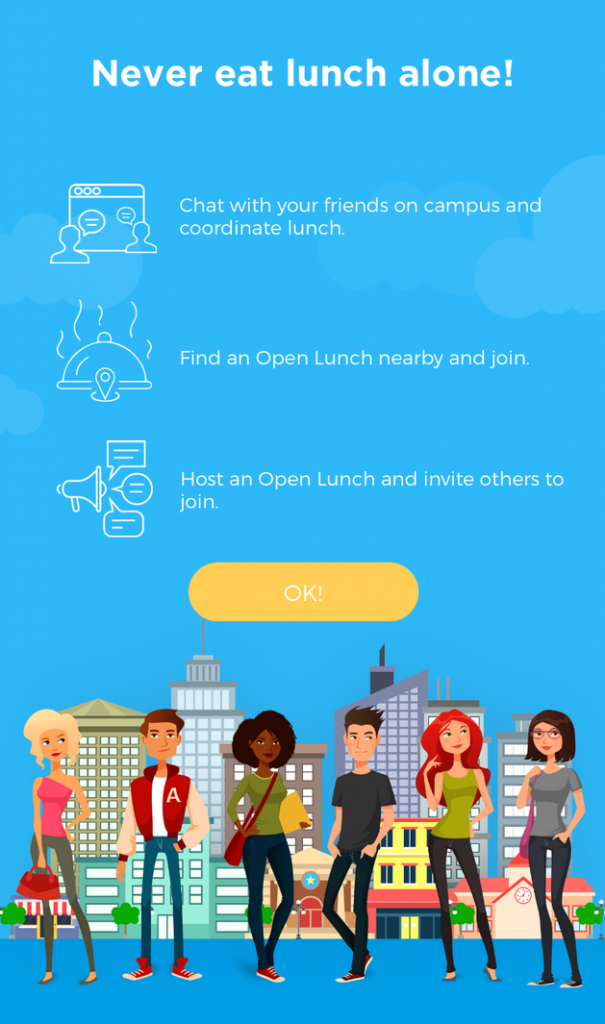 The app allows any student to designate themselves as an “ambassador,” which enables them to invite others to join them for lunch. Ambassadors can post “open lunch” events, which invite anyone seeking a friend to sit with that they’re invited to join the ambassadors’ table.

As a mom, I really hope this app takes off and that students embrace it with open arms. This can be a saving grace for so many struggling teens who just need a friendly face to sit with at lunch! It can help eliminate so many feelings of isolation, prevent bullying, and create community within schools across the country. Please share this with others so they can be aware of the Sit With Us too!