Showers. There are days you may not even recognize the word, because showers are a luxury and a gift from the heavens when you’re a mom – especially of young children. The idea of a shower sometimes brings a longing sigh to a mother’s lips with that look of “I use to know you long ago”… If by chance you ever get to throw some water on yourself, chances are you’ve had one of the experiences listed below. 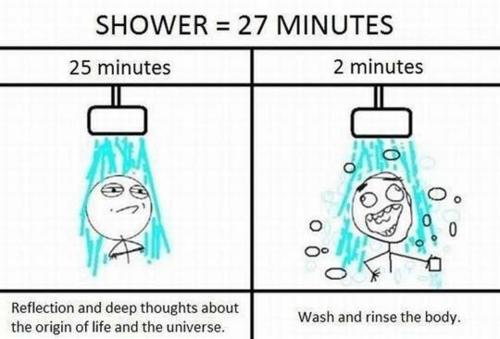 We all know these are like hitting the mom lottery.  They are so rare in fact that I questioned even bringing them up. They hardly ever happen, and on the odd occasion when they do, you are in that shower until the water runs cold, mama. Contemplating life’s deep complexities, actually using the deep conditioning hair mask you bought for yourself last year, and maybe even shaving the full length of your leg are all activities we can only dream of when this type of shower presents itself to us. 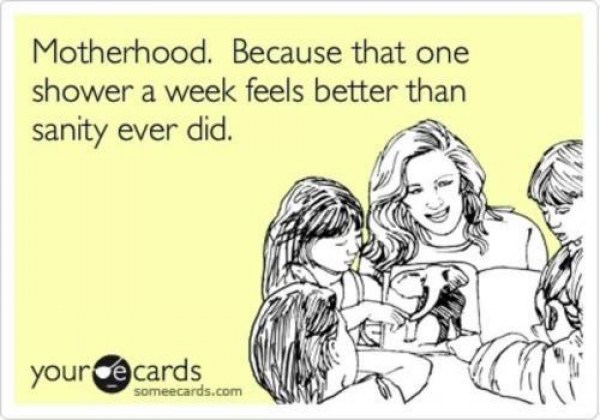 You are most likely a pro at this particular shower, because moms get to have them all the time (ahem, or at least twice a week).  It’s usually when you’ve got 5 minutes to freshen up before chaperoning your kid’s field trip, or a doctor’s appointment, or when guests are coming over for dinner….and maybe if you’re lucky enough to go on a date with your significant other. Because really, who has time to shower unless you actually have to smell nice? 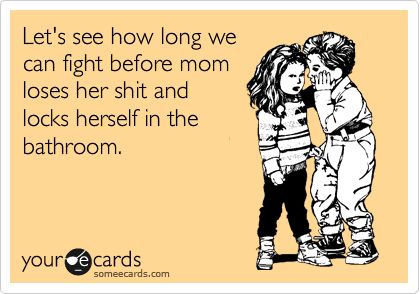 Sometimes this may not actually end up as a shower, but just sitting on the toilet for 20 minutes while you take deep breaths, cry, eat some chocolate, or take a nap….whether or not you actually end up in the shower doesn’t really matter.  Sometimes we just need to lock that bathroom door and escape to sanity-land.  Really, it’s for the better of mankind. 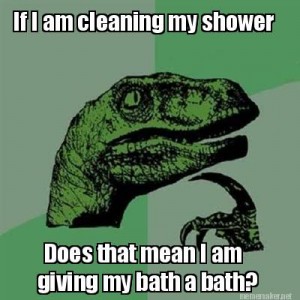 “Heck, I’m already in here so I may as well wash the bathtub and shower while I’m at it!” Moms are pros at multi-tasking, and taking a shower is no different.  We’re in there washing the tile, organizing shampoo and conditioner bottles, making grocery lists, packing lunches and pondering how much longer we can get away without replacing the shower liner… 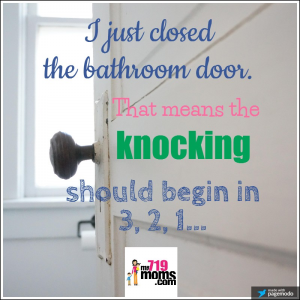 Oh yes, we have fans.  And they love us SO MUCH that they can’t bare to be a part from us for 5 minutes! This is the shower when our children bring their toys into the bathroom, and ask us 50 questions while we’re washing our hair, begging us to “look at this, mommy!” as shampoo lather slides down our face and burns our eyeballs.  They open the shower curtain or bang on the glass, and they make no sense because we can’t hear them over the water. They get frustrated, they cry, and you’re forced to end your shower early because the toilet is over flowing… it’s really the very best kind of shower. 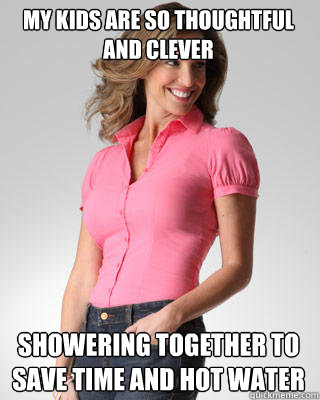 This is when baby won’t bathe unless they’re with you, toddler won’t let you shower alone, you’re trying to save water, or the kids are gone and you and husband want to save water “together”…

Whatever the reason, chances are if you’re a mom, you’ve experienced having to share your shower space with another human being.  If you’re multi-tasking shower mom, you may have even taken a stinky dog in there with you from time to time.  That’s how we roll. 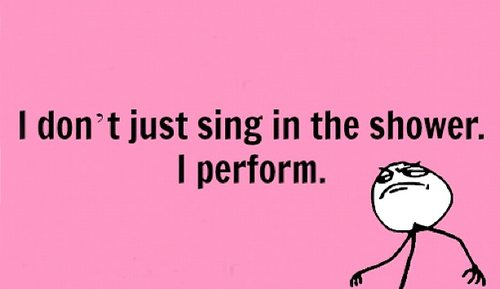 It really doesn’t matter if you have a good singing voice or not, because between the loud water, and the amazing acoustics you have the voice of an angel when you shower, and you know it. Not every day is a Celine Dion day, but on the days when you’re feeling extra sassy, or singing at the top of your lungs is a good alternative to screaming at the kids (which never happens) – this kind of shower can be a miracle worker. 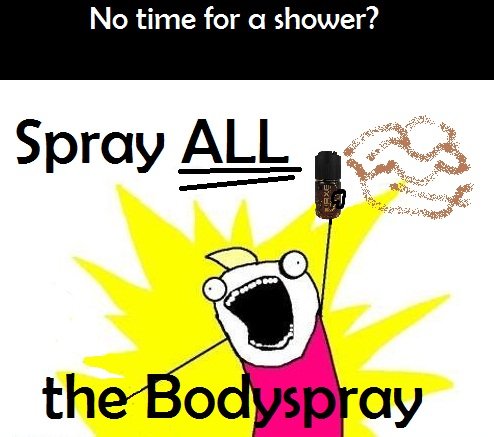 For those of you moms who don’t know what a shower is at all, and live off of dry shampoo and layers of deodorant, we feel you, and we are praying for you.